Here’s an introduction to stock chart patterns with crisp understanding. I am sure it will help you in doing a technical analysis of stocks. 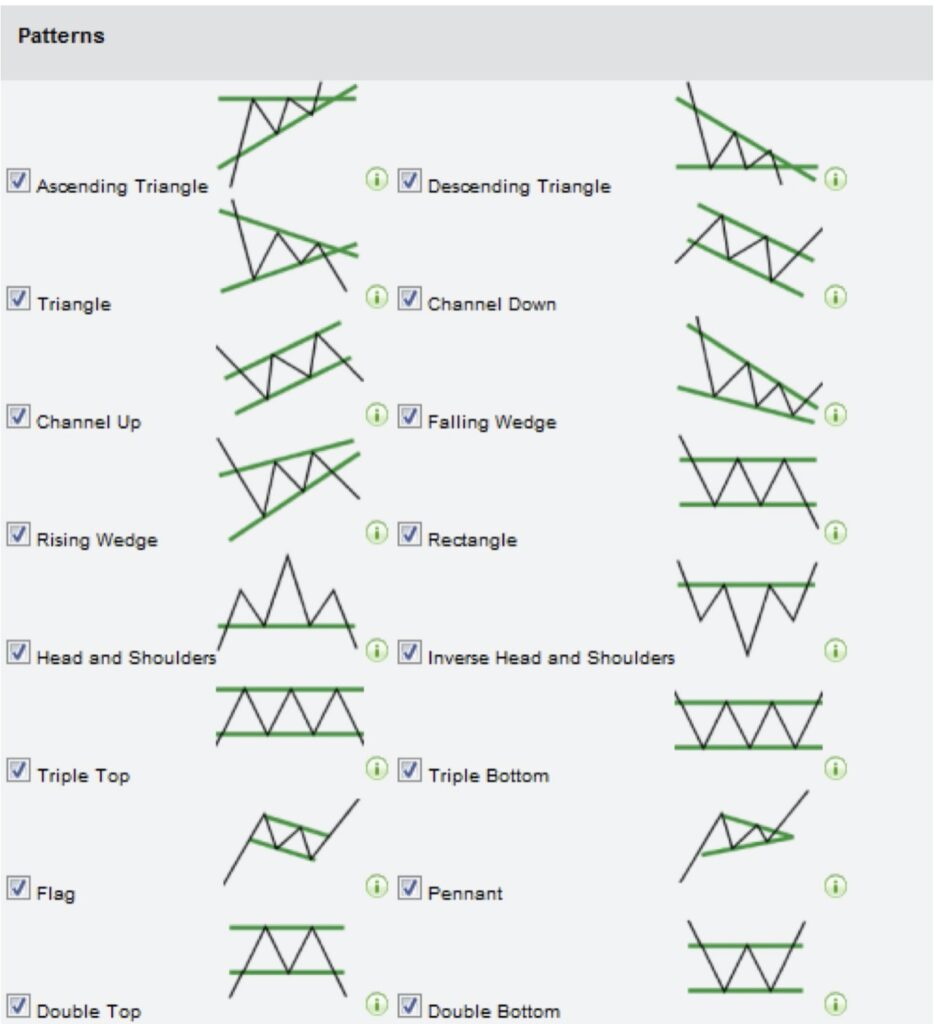 The Channel Down pattern is identified when there are two parallel lines, both moving down to the right across respective peaks (upper line) and bottoms (lower line).

The Channel Up pattern is identified when there are two parallel lines, both moving up to the right across respective peaks (upper line) and bottoms (lower line).

Falling Wedge are drawn using two converging trendlines; however, a wedge is characterized by the fact that both trendlines are moving in the same direction, either up or down.

The rising wedge pattern is a bearish chart pattern that signals an imminent breakout to the downside. It’s the opposite of the falling (descending) wedge pattern (bullish), as these two constitute a popular wedge pattern.

A rectangle is a chart pattern formed when the price is bounded by parallel support and resistance levels.

Head & Shoulders pattern appears as a baseline with three peaks, where the outside two are close in height, and the middle is highest. The head and shoulders pattern forms when a stock’s price rises to a peak and then declines back to the base of the prior up-move

The triple top pattern occurs when the price of an asset creates three peaks at nearly the same price level.

The triple bottom pattern means three equal lows followed by a breakout above the resistance.

Flags are constructed using two parallel trendlines that can slope up, down, or sideways (horizontal). In general, a flag that has an upward slope appears as a pause in a down-trending market;

Pennants are drawn with two trendlines that eventually converge. A key characteristic of pennants is that the trendlines move in two directions—that is, one will be a down trendline and the other an up trendline.

Author
Shitanshu Kapadia
Hi, I am Shitanshu Kapadia founder of finxdata.com & moneyexcel.com. I am engaged in blogging for 10 years. The purpose of this site is to provide financial data and information to investors and helps them in taking the right financial decision with confidence.